Let's Go Beyond a Cease Fire! 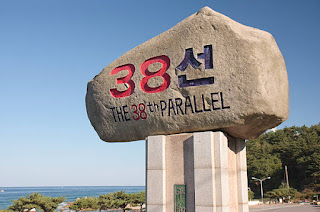 The Catholic Times Weekly in its 'Nation, Reconciliation, Unity' column, a priest  representative of  the Bishop's  standing committee gives us his thoughts on  the need to go beyond the Cease Fire situation.
On October 19, 1950, about 300,000 Chinese troops crossed the Yalu River, bringing the Korean War to a new phase.  Kim Il-sung,  boasted a "fast decision," overlooked the U.S. military's willingness to intervene,  MacArthur's wish to ignore China's willingness to participate in the war went awry. The Korean War  turned into a war that neither side could easily win.

In fact, discussions on a ceasefire began early on, even though both sides were confident of winning. After Chinese military intervention, U.N. efforts to support the ceasefire began in earnest. On December 14, 1950, a three-nation negotiation group plan (India, Iran, Canada) was passed, and in March 1951, a ceasefire resolution was introduced again to the U.N and was adopted.
Pressure from international public opinion that didn't want a another world war was present and anti-war public opinion in the U.S. wanted a  ceasefire on the Korean Peninsula. A Gallup survey in October 1950 showed that 65 percent of the Americans thought they should defend South Korea, but the prolonged war also changed public opinion. In January 1951, 66 percent of Americans wanted to withdraw from Korea, and 49 percent said the intervention in the Korean War was a mistake.

In fact, the ceasefire talks were held in the form of proposals from the Soviet Union and agreed to by the U.S. The Soviet Union proposed an armistice negotiation on June 23, 1951 through the United Nations broadcast of Malik the representative of the Soviet Union  and the ceasefire talks began in Kaesong on July 10. They lasted for over two years and countless lives were unfortunately lost during the talks with those in power  insisting on their claims.
However, the Armistice Agreement, which was signed on July 27, 1953, was simply a Military Armistice Agreement to stop fighting. The commander-in-chief of the United Nations Army, the commander-in-chief of the Korean People's Army and the commander of the Chinese People's Support Army, who were involved in the talks at the time, suggested a "political meeting" within three months in an agreement to resolve the Korean Peninsula peacefully. However, political negotiations to end the war did not go well afterwards. All those who started the war, and even those who negotiated the suspension of the war, have disappeared from the stage of history, but we have yet to begin full-fledged efforts to resolve this "old conflict."

The Catholic Church's social doctrine asserts that war is "never an appropriate way to solve problems that arise between countries, never have, and never will." "There is nothing to lose in peace. But war loses everything (see paragraph 497 of the simplified social doctrine), remembering the teachings of the Church and praying more earnestly for the true peace of the land.