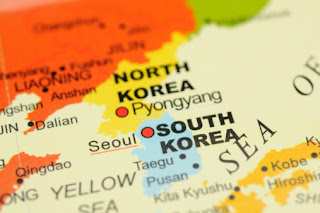 In September and October, international meetings will be held, which could be important turning points for the Pope's visit to North Korea. First of all, the 17th is the 30th anniversary of the two Koreas joining the United Nations. Also, the 19th is the 3rd anniversary of the September 19 Pyongyang Joint Declaration. At that time, the leaders of the two Koreas expressed their willingness to turn the Korean Peninsula into a peace base without nuclear weapons and nuclear threats in Pyongyang. The next day, the 20th, is the very day when the leaders of the two Koreas climbed  Baekdusan Mountain three years ago and promised to "invite the Pope to visit North Korea." The 76th UN General Assembly will begin discussion on the 21st. In addition, the leaders of South Korea, the U.S. and the Pope will meet at the G20 summit in Rome at the end of October to discuss peace on the Korean Peninsula.
Now, the key to the "visit to North Korea" depends on North Korea. It is "North Korea's Invitation." Fortunately, North Korea, which cut off the inter-Korean communication line criticizing the ROK-US joint training, has not issued a hard-line message to South Korea and the U.S. after the training.
The Pope's visit to Pyongyang will be a golden opportunity for North Korea to return as a member of the international community and receive support at a time when U.S.-led economic sanctions against North Korea and the COVID-19 pandemic continue. All the Pope's actions go beyond ideology, politics, and even religion. They are present unconditionally wherever there is poverty, discrimination, and conflict. Although it is a silent North Korean church, as long as there are brothers and sisters who share the faith in the North, the Pope will go there in search of a stray sheep. The South is urging Chairman Kim Jong-un to make a decision.
Posted by Catholic American Eyes in Korea at 1:00 AM