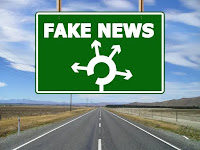 In the Kyeongyang Magazine a college professor, familiar with  communication and journalism shows how many are injured by written words and what the ear hears. He visits an incident where a young medical student died while with a friend at a park on the Han River. He was found drowned.

The case was publicized widely in the media and gained a great amount of attention from the public. The young man had all the qualities that any parent would want to see in their sons and the death was felt by many.

Consequently, the media stayed daily with the incident in its reports. In Korea, the number of different media is beyond counting and much of it was concerned with reporting the incident. Much of the media was not concerned with the ethics or legality in reporting and  reports were often made without facts. Different committees always present as watchdogs made known the problems but much of the new and old media were not listening.

Examples would be subjective opinions distorting facts, not able to distinguish facts from opinion, a basic rule of making clear the source of the news was not followed. Not to distort the news item with superfluous items, not to plagiarize freely from other media, following the copyright laws, allowing the victim of the criticism to give a counter-argument, protecting the injured party, and preventing inflammatory reporting, defamation of the individual or the group. The failure to keep these and similar rules were far too many.

Individual digital platforms that are available such as YouTube, it's natural for them to express their own opinions but when they change the character of the facts we have a problem. In addition, YouTube and the Internet media, which lack the means of coverage, often plagiarize articles from other media.

Prejudice and sensationalism are also strong. These days, when the media is an important sample of the digital economy and clicks are converted into money, media operators stained with this mindset put forward sensational texts and titles that will catch the eyes of readers and viewers because profits come first.

This does not mean that large traditional media such as general daily newspapers and broadcasters strictly follow ethics and laws. Traditional media also adapt to the counterattack of the media ecosystem following the digital world expansion.

In the death of the young man mentioned above, much of this new media was abused. A reporter writes a word or two from notes, without checking the facts, and using a title as if it were a factual title and text, often in a sensational and shocking expression.

The death of a young man is unfortunate, but the media that misused this incident as material for selective reporting that resulted in confusion and incited social conflict was tragic.

Except for the small number of media that received 'caution' this time, the general internet media and individuals will likely continue as before. Foretelling that similar journalistic incidents will likely occur again.