We Know the Tree by the Fruit 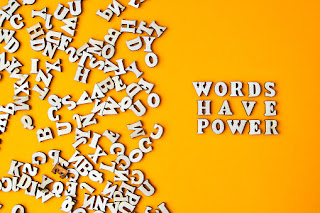 There are words pleasant to hear, precious in value, and beautiful in meaning. The beginning of the Peace column in the Catholic Peace Weekly.

However, people often use words incorrectly. They wield the 'love rod' without love, or instill false ideologies, claiming to teach the truth. People thinking only of their supporters, inciting only for the worse, calling it reform while rebelling. There are those like the North Koreans that hold nuclear weapons and wave them while shouting for peace. A crowd that tarnishes good words.

People in good conscience put up signs with nice words and do different things. North Korea's national title is the Democratic People's Republic of Korea. It's neither democratic nor a republic system. The name of the Democratic Justice Party established by the military dictatorship in the 1980s is also absurd. It's not democratic nor just, but it was named so.

Names can designate that for what one aims, an earnest wish. But is it not necessary to show the image of upholding the spirit contained in the name? If the name remains the same even with do changes in behavior it's appropriate to change the name. Pretending to be what the name suggests is hypocrisy. To think that hypocrisy works is to underestimate the people.

The meaning of a word is a promise made by the members of society. Communicating with each other with the same thoughts about the meaning of specific words. If you cry out for justice while doing something unjust, you will be confused about who is truly just. The meaning of justice also fades. It is a mockery of the value of words. When possessed by such false uses, the swayed person becomes one with the agitator. Because they help the agitators and give them a justification. Consequently, the listener can't help but listen carefully. It is necessary to examine whether the person who calls for justice is just and whether the person who speaks fairness is fair.

One of the places where it is easy for words to become sloppy is probably the political field. If it's a good word, it won't be easy to make it say something else. When they try to attract attention and lead public opinion, they become slogans. When it turns out that the slogan is false, they pretend to be ignorant and continue to stick to their opinion. The more fluent with words the speaker is, often, the easier to make light of the value of words, because of recklessness.

Shouldn't all politicians be careful in their use of words and exemplify them through their actions? These are the words of a member of the National Assembly who resigned over allegations of real estate speculation in the family. "Politicians should be held accountable for what they put out to the world." That's how politics works.

The presidential campaign is in full swing. How do you find the right person? "The mouth speaks what is overflowing from the heart." (Luke 6:45) It's important to determine whether the promises are merely candy, and look over the words and deeds of the person. One needs to carefully examine whether what is said is different from what was done. The words and actions of politicians reveal their true intentions. "When a tree is good, its fruit is good; when a tree is bad, its fruit is bad. A tree is known by its fruit" (Mark 12:33).