A Bowl of Rice 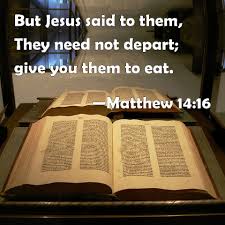 Three years ago, a journalist writing in the Catholic Peace Weekly tells the readers of his visit to Beirut, Lebanon to report on refugees from the Middle East. It was a dispensary giving out free medicine run by the Congregation of the Good Shepherd. He entered the village with a lot of nervousness since it fell into the hands of Hezbollah, an Islamic armed faction.

In the waiting line at the dispensary, he met a pitiful sight. The dispensary not only distributed medicines but also bread to refugees from Iraq and Syria. The sister in charge of the center, raised both hands into the air, saying: "How do I return these mothers to their hungry children empty-handed?" The refugees seemed to want more bread. The refugee mothers were anxious that the bread prepared that day would run out in front of them.

A glance at their expressions said: "Eating can't be a sin—if eating is a sin, life is divine punishment." These words were in an article written by a reporter of the Kyunghyang Newspaper in 1964, seeing a scene where women were buying gruel to feed their children from a drum. If he didn't write about what he saw he felt he would throw up.

It can't be a sin to eat. The tears of refugees who try to get bread to put in their children's mouths even if the food scraps would be fit for feeding pigs... . All are innocent. Because eating is both a sacred right and a grim duty of a living being. Most would have no difficulty with someone who stole bread from a store after starving for days.

There is plenty of food to eat everywhere. Nevertheless, the value of one meal remains unique and precious. Even if the rice is mixed with shame, its intrinsic value is not damaged. In particular, rice fills the heart's deficiency. When I'm sad and hungry, after eating a good meal someone has lovingly prepared my strength returns. The words "let's eat" and "have you eaten?"  are expressions of love and concern.

It is said that volunteers and supporters are lined up at the catering center after a report that the Seoul Archdiocese will open a free food service called "Myeongdong Rice House" behind the Catholic Center in November. One diocese has already set up a free meal service "Joseph's Table" for the homeless and the elderly living alone.

Many who are willing to help in the distribution, preparation, and support of these efforts amid the coronavirus outbreak, with all the hardships entailed, are His disciples practicing the words of Christ: "Give them something to eat" (Matthew 14:16). It is also those who continue the spirit of Cardinal Soo-hwan Kim: "Become food for each other".

Warm rice cooked with love will fill the empty stomachs of homeless people. The sincerity and attention contained in a bowl of rice will comfort even the broken heart and loneliness. Alleviating hunger and the return of comfort makes you feel that there is someone who has concern for you. To a hungry and lonely person, a bowl of warm rice is the presence of God.

Posted by Catholic American Eyes in Korea at 1:36 AM