The Culture of Life 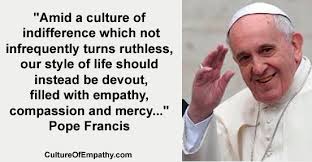 The dictionary meaning of the paradigm refers to "a system of perception, a way of looking at the opinions and thoughts of people of a certain period." An article
by an ethicist in the Catholic Times gives the readers some thoughts on the subject of abortion.

Since a paradigm shift means a shift in the perception of our opinions or thoughts—a critical view on why the shift is necessary and how the paradigm is to be shifted is needed.

This is because to prevent the conflict between the right to life of the fetus and the right to self-determination of the woman, it is argued that the mother and the fetus should be seen as a united relationship, prioritizing the maternal self-determination rights —abortion as an act of removing part of the mother to be. Therefore, the paradigm shift they speak of requires the denial of life to the fetus (a culture of death understanding).

Is there no solution for both the fetus and the woman? The paradigm shift that we really need is first to restore the fundamental value and meaning of life. The value and meaning of life are distorted, respect for women, and consideration for pregnant women is under attack. Because if you think of abortion as just a matter of choice, such demands or pressures will gradually disappear, and all pregnant women will be paying the price.

Second, a deeper reflection on the special relationship between the fetus and the mother is needed. The fetus is a separate life form from the mother and depends entirely on the mother for its maintenance and growth. However, it does not exhaust the mother or use the mother only as a means for obtaining nutrients. The mother and the fetus communicate with each other while thoroughly respecting the difference between them to preserve the lives of both, in a biologically mysterious way.

Unhappiness begins when we understand that we can pursue happiness while destroying this particular bond. It cannot be overlooked that maternal self-giving implies an ethical attitude toward the other as well as the unborn child and is an example of human self-completion.

Third, the legal system should protect both the fetus and women and the institutional arrangements should be prepared to improve their living environment through policies. She concludes the article with the words of two judges."Females are responsible for childbirth, but the government, society, and men should bear the economic burden of childbirth. Through these legislative and institutional improvements, it will be possible to effectively guarantee the right to life of the fetus and to protect women's right to self-determination."