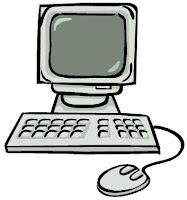 The Church in Korea does not have a history of Catholics kibitzing on what the bishops do in administering their diocese and the Church, at least publicly. The Church in Korea is not accustomed to this, and could be seen as a lack of respect for those who have the responsibility for teaching. And yet we know speaking out politely and with respect, to those who are in a position of authority, is an act of love and loyalty. The nahnews, has in one of its recent coverages of the bishops' Pastoral Messages, made some comments on the contents with suggestions to the bishops.

All the dioceses have a new year's message for the Catholics of their respective diocese. It usually comes out at the beginning of the liturgical year. A reporter for nahnews went through the messages of the last two years and had some points of suggestion.

The reporter's words seemed to say that the bishops are rather vague in the way they write their Pastoral Messages. In the eyes of the reporter the bishops are only interested in problems within the Church and do not have a vision for the relationship the Church should have for society. It was mostly a pep talk to the Catholics to renew their faith; statistics say the Catholics are losing some of their ardor in spreading the faith and are not as faithful as they were at Sunday Mass attendance.

The way the messages was written would make it difficult to evaluate it the following year. The reporter would like to see concrete suggestions that can be evaluated as to its success and less vagueness and indefiniteness in the writing of the messages. He did acknowledge that each diocese will have its own diocesan offices deal with the concrete plans, but the reporter thought this should appear in the message in someway. The writer would like to see more direction in the messages, with concrete targets and goals that can be evaluated the following year. He would also like to see the bishops mention in their messages what the dioceses will be doing to help in these plans.

Having someone on the sidelines making suggestions and giving a critique shows interest, concern and love for the Church. It should be a mark of maturity. The Korean Church should be able to take this change from the way things were done and accept it as a fraternal response of those who want to see the Church be more of what it was meant to be. We do not have a history of an Independent Catholic Press, with the Internet this is a possibility open to all. Each is free to add their personal suggestions to the matters at hand. It could be a blessing or a misfortune depending on how this will be accepted in the years to come. Loyalty to the Church should be a value that is understood by all and not doubted by anyone within the Church.
Posted by Catholic American Eyes in Korea at 12:05 AM No comments: Links to this post